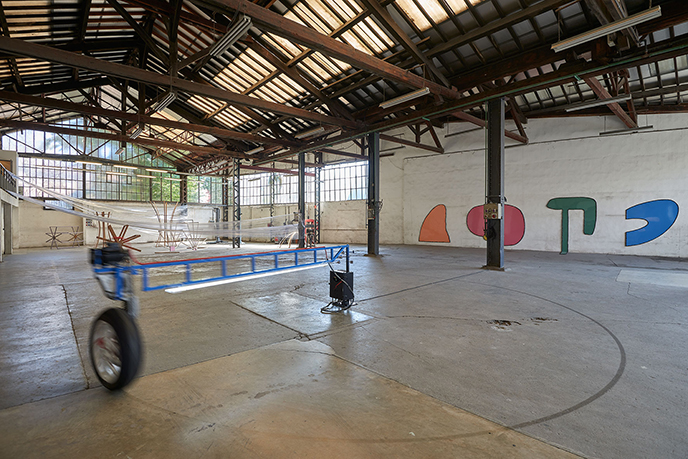 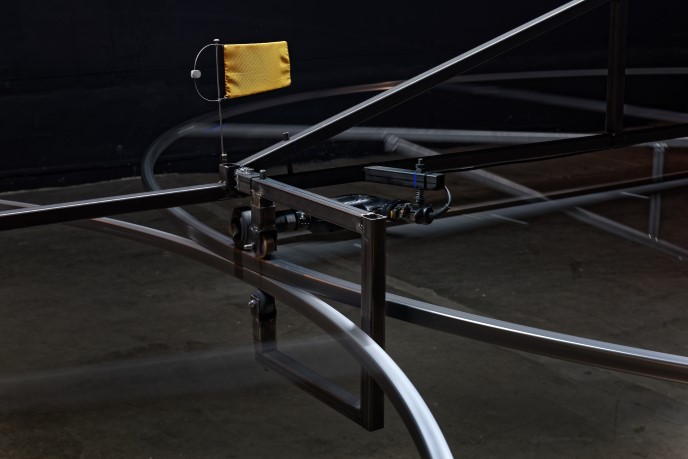 Juliette Goiffon
Born in 198, lives and works in Lyon (France).

Sonia Kacem
Born in 1985, she lives and works between Geneva and Amsterdam.

Maxime Lamarche
Born in 1988, he lives and works in Saint-Chamond (France).

The old Sérignac body shop hosts Éloge du carburateur, a group exhibition whose title is inspired by Matthew B. Crawford's book about the value of manual labour of the same name (Shop Class as Soul Craft, 2009). The project floats between the memory of a place dedicated to one of the symbols of an industrial society (the auto-mobile and its shining engines) and the programmed demolition of the site. It brings an ensemble of proposals concerned with the evolution of labour into perspective. Emerging technology as well as its growth-rate bring about a new, interrelated system, nourishing the spirit of initiative. Heralding new, participative methods that answer every need and want of the worker/consumer in search of personal fulfilment, the artists play on the smooth, surface aesthetics that we perceive in this new economy.

As a counterpoint, some of them advocate “making” and privilege a strong, direct use of material in which the “home-made” confronts the “industrial”. This echoes the widespread idea that the future of labour could potentially involve a return to the past. In this building linked to industry and destined to disappear the space indeed sets the tone.

Éloge du carburateur is a curatorial proposition imagined in the scope of a larger reflection on the transformation of industrial spaces into cultural brown-fields and the changes made between an economy centred on mass-production and a capitalism of cultural improvement, of which privileged experiences are emblematic.